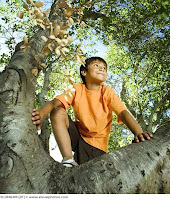 Everyone knows plenty of sunshine and fresh air is ideal for helping little ones to remain happy and healthy. Mother Nature however, doesn’t always allow kids to enjoy an afternoon stint in the back garden to make use of any playhouses, slides or small garden climbing frames that may be installed. This is particularly true during the harsh winter season which sees many children – and their peace-desiring parents – turn to technology for entertainment instead.

I am surprised by just how often I will hear a child complain that they’re “bored and have nothing to do” in this day and age! Upon hearing such
remarks from my own children, I will instantly remind them of all the many videogames consoles contained within our family home. Between hand-held machines (such as the Nintendo DS) and video game consoles (like the Xbox 360, PlayStation 3 and Nintendo Wii) there is no reason my kids should ever be at a loss for entertainment!

The Health Benefits of Videogames

Some parents might frown upon me for encouraging my sons and daughters to play videogames (an activity largely considered for couch-potato types) but there are many reasons this activity can be beneficial to a child’s health and development:

Handheld consoles like GameBoys or the Nintendo DS can also feel like a Godsend for parents in other circumstances too. They not only offer a fun way to spend a few hours on overcast or rainy days but can also offer much-needed distraction during for long car journeys and nervous periods in doctor/hospital waiting rooms. It is unlikely that you would feel comfortable giving advanced technology – such as your expensive iPhone 4 – to a young child in order to provide them with games to keep them quiet. Purchasing technology-based toys designed by brands such as VTech or Leapfrog is a wiser (and less costly) idea.

The market of videogames for children is larger than ever before and whilst this fact is excellent when it comes to the prevention of under-stimulated children, you can expect to part with a few hundred bucks in order to acquire such technology on their behalf. You can expect demands for the latest videogaming console/s to grow as your children do too, though you don’t necessarily have to meet said demands!

Maria Green – the author of this guest post – never had a videogame console when she was a child but she did have a rather charming wooden garden playhouse and several small garden climbing frames throughout her youth.
Posted by Unknown

I love comments and I'll do my best to respond to them all.